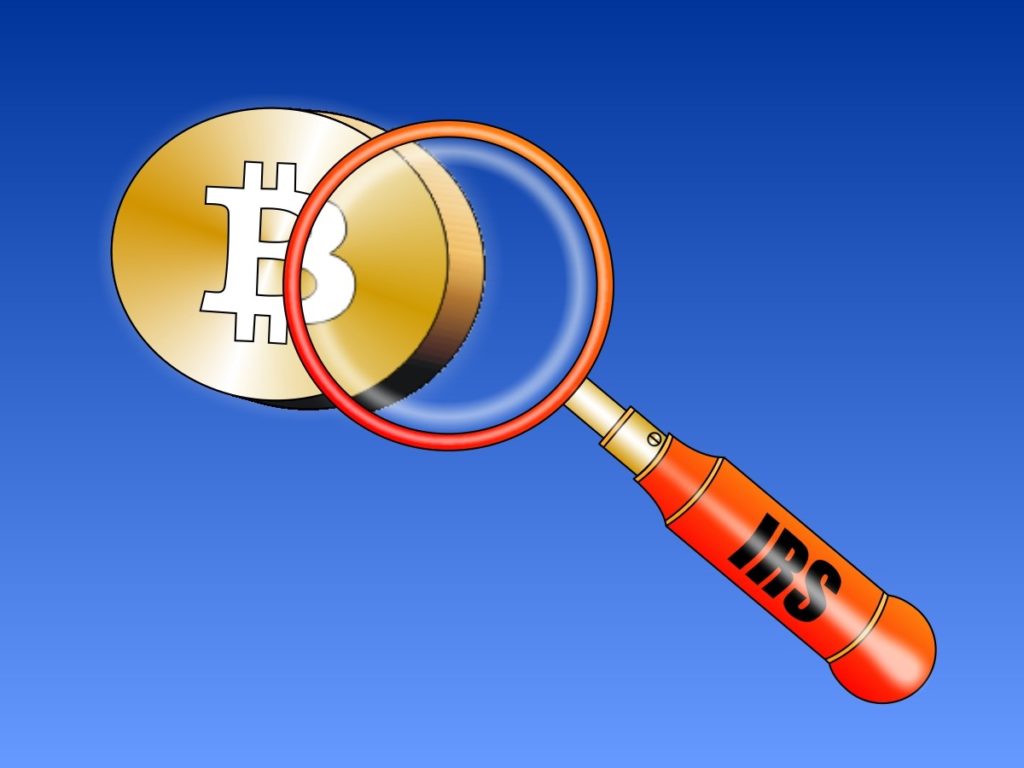 Although the IRS’s burden for initial investigatory information requests from taxpayers is “slight,” it can only investigate for legitimate purposes, must only seek information relevant to that purpose (which is initially narrow), can only ask for information it does not already have, and must follow statutory administrative procedures.  These threshold matters narrowed what the IRS could demand from cryptocurrency service provider Coinbase in November 2017. The restrictions also limit what the IRS can seek from individual taxpayers who own virtual currency assets.

As the IRS investigation into Coinbase progressed during 2017, the crypto trading platform was ultimately compelled to disclose customer names, tax ID numbers, birthdates and addresses, account statements, and the names of parties who appear to have failed to pay tax on capital gains from trading crypto.  Based on what the Service received, many Coinbase account holders can expect to receive (or already have received) investigatory notices from the IRS in the next few years.

Major news outlets and crypto bloggers reported that the IRS has been sending “educational letters” to thousands of Coinbase users it suspects under-reported gain from the exchange of virtual currency treated as assets pursuant to IRS Notice 2014-12.  Although the move is consistent with negative statements by President Trump and Treasury Secretary Mnuchin about crypto, the IRS action surprised an audience who was instead anticipating additional cryptocurrency guidance.  For now, Coinbase has turned over data on customers who bought, sold, sent or received digital currency worth $20,000 or more between 2013 and 2015 to the IRS.  The disclosure documented,

The following analysis of applicable enforcement laws and the litigation underlying this ongoing enforcement effort may give clarity to investors, advocates, and legal scholars who are operating in the dark.

Tax administration and enforcement statutes give IRS agents broad authority to investigate taxpayers suspected of underreporting or underpaying their taxes.  For one, IRS officers can canvass their revenue districts to ask about individuals and entities who may be liable for tax payments.  26 USC Sec. 7601.  Agents may also summon individuals (including business entities) and subpoena information from those who have submitted returns and those who have not provided any information.  26 USC Sec. 7602.  Once a potentially delinquent taxpayer has been identified, IRS agents have the power to,

(1) Examine any books, papers, records, or other data which may be relevant or material to such inquiry;

(2) Summon the person (or business) liable for tax or required to perform the act … to appear before the Secretary (of the Treasury) … and to produce such books, papers, records, or other data, and to give such testimony, under oath, as may be relevant or material to such inquiry; and

(3) To take such testimony of the person concerned, under oath, as may be relevant or material to such inquiry.

Court supervision is often necessary to sort out what must actually be provided from what the IRS requests.  Note that the IRS authority to pursue this information and demand responses under oath places the recipient of the requests in a position where they must either answer truthfully and completely or face prison time and civil penalties for contempt.

In order to cast a wide investigatory net, the IRS’s properly-made requests for information face a relatively low threshold burden of establishing “good faith” by showing that the summons:

(1) is issued for a legitimate purpose;

(2) seeks information relevant to that purpose;

(3) seeks information that is not already in the IRS’s possession; and

(4) satisfies all of the administrative steps set forth in the Internal Revenue Code.

The evidentiary threshold for each element is a “slight one,” and may be satisfied by a “declaration from the investigating IRS agent that the Powell requirements have been met.” Crystal v. US, 172 F.3d 1141, 1144 (9th Cir. 1999). The inquiry is supposed to be shallow at this broad stage but the Service can go further if it discovers evidence of underpayment.

Coinbase and the IRS reached an impasse in a related dispute in 2017.  US v. Coinbase, Inc., Case No.17-cv-01431-JSC (N.D. Cal. Nov. 28, 2017).  There, the parties took their dispute over the breadth and scope of the IRS investigation to federal district court.  The court had to decide what information Coinbase was legally compelled to provide to the IRS in its search for underpaying crypto currency traders.  The IRS sought the following records from Coinbase about its users:

An individual taxpayer or entity who receives an IRS inquiry similar to the one Coinbase received should not be surprised if it is very broad, however, the IRS’s authority to investigate and demand information is not unlimited.

While the legal standard allows some latitude to the Service in its investigation, the scale of the request and number of taxpayers who must reply is important to the courts.  In the 2017 Coinbase case, the platform’s user base included over 10,000 users.  Consequently, the court considered that scale to be an important factor, which ultimately persuaded it to narrow the investigation on relevance grounds as an initial matter.  Specifically, Coinbase only had to supply users’ identities, transaction records, name, date of birth, taxpayer identification number and address to determine if a user had taxable gain and whether it was reported.  Coinbase could only be compelled to provide the additional information sought for users who, based on the initial information provided, under reported or omitted capital gain from their tax returns.  Significantly, the court was not persuaded by the IRS’s argument that greater initial investigatory power might prevent future litigation over this issue.

Conversely, Coinbase was not compelled to provide Know-Your-Customer records, agreements or instructions granting a third-party access, control, or transaction approval authority, or correspondence between Coinbase and its users or third parties with access to the account/wallet/vault pertaining to the account/wallet/vault opening.  Much of that information became necessary and was disclosed by Coinbase for users who apparently underreported gain on a significant-size investment.  While the California district court was satisfied by narrowing the IRS’s investigatory requests on relevance grounds at the early stage, the controversy is still far from over.

Coinbase needed nearly six months to provide information required by the court following the November 2017 skirmish.  The IRS then combed and analyzed Coinbase’s responses for nearly a year before what was probably a months-long process of obtaining permission to act from the highest levels of the government.  The confidential dustups between these two parties might never be fully disclosed.  In any case, the resulting information formed the basis for the IRS’s ongoing investigation and notices to individual-level crypto currency investors who had used Coinbase to profit but forgot to pay their taxes.

While this issue is still ongoing, cryptocurrency users must remember that the IRS has vast investigatory authority that extends even to an online persona.  Its most basic authority allows for in-person investigations and subpoena power.  The current Coinbase user notices from the IRS are the product of three years of processing the initial information from the 2017 investigation dispute.  See US v. Coinbase, Inc.  Much like how 80 year-old securities laws still apply to ICOs, the fundamental IRS investigatory statutes generally provide enough authority for the IRS to investigate an catch sophisticated computer users who evade or underpay taxes