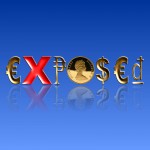 By now, anyone who follows international finance, tax, or law has heard about the ICIJ reporting on the leak of over 11 million documents from Panamanian law firm Mossack Fonesca. According to the news reporting, the documents contain a vast amount of information on offshore assets and shell corporations used by the rich and famous to manage their money. The leaks have already sent shockwaves through the international financial community with Australia announcing an investigation in to the offshore holdings of over 800 individuals, Iceland’s Prime Minister considering resignation, as well as spotlights on the UK’s David Cameron and Russia’s Vladimir Putin. It’s probably a good bet that the U.S. Treasury Department either has a copy of the documents or at least has access to a subset.

International clients, wealth managers, and corporate executives will have to look at risk in a different way when dealing with offshore assets. Country risk and provider risk will increase the cost of doing business in all offshore jurisdictions except one – the United States.

While the Panama Papers revelations catch the attention of observers and regulators around the world, a more important question is brewing in the world of global wealth management … what happens now?

Country Risk is a Factor Again

Wealth advisory is, at its heart, the art of optimizing risk versus reward. The Panama Papers leak illustrates what is at stake when professionals seek to advise clients on large or complicated international transactions. Even the reward may be a potential risk in itself.

One of the most difficult things to handle in international advising is country risk. An offshore jurisdiction like Panama may offer confidentiality, efficiency, and decent tax arbitrage, but as is the case with many small jurisdictions, what one gets as reward may be taken away in risk.

Panama is no stranger to country risk issues. Its independence revolt from Colombia in 1903 catalyzed building of the Panama Canal. The U.S. invaded Panama in 1989 to secure the Canal Zone and oust military dictator Manuel Noriega. Panama’s history is filled with ups and downs.

One fact international advisors often lose sight of is that very few countries offer long-term stability. The United States is the most successful capitalist nation in the world, because it is the longest lasting capitalist nation in the world. Even the robust markets of Western Europe were disrupted for many years during the 1940s. Other countries faced even more disruption or are relatively new entrants to the global market.

While U.S. taxes and asset reporting paperwork may be well above global averages, U.S. stability and depth of resources is unparalleled. Open a shell company in a tiny offshore jurisdiction and there are no guarantees the assets won’t be subject to expropriation or seizure. Furthermore, private risk insurance and government programs like OPIC or MIGA, designed to insure investors against country risk, aren’t available for purely wealth management applications. The financial benefits may be worth a few percent, but when the 100% plus risk of loss is factored in, the premium for staying within more stable countries seems cheap.

Another substantial change to come from the Panama Papers leak is that large law firms (and other large service providers including accountants, banks, custodians, etc.) will gradually fall out of favor and see their business subsumed by smaller expert niche providers. This won’t happen because large firms aren’t good at what they do – they are. It will happen because large firms have too big of an attack surface for information hacking and open too many vectors for loss of confidential data.

According to reporting from Wired UK, the leak from Mossack Fonesca may not have been an insider threat. The Wired article alleges that the Panama Papers firm used outdated software and maintained systems that were ineffective at protecting client information. Somehow, Mossack Fonesca became an inviting target.

The truth of the leak is unknown at this time. For Mossack Fonesca, they face anything between a business destroying event if the leak was due to an outside hack to a firm ending negligence case if the leak came from an insider. Of course, perfectly innocent clients whose confidences are destroyed and the many innocent customers of liability insurance carriers whose rates skyrocket will suffer the most.

Any client who values their privacy will have to rethink the risk involved of dealing with a large firm. Smaller specialists, who perhaps handle no more than a handful of wealthy clients, family offices, and international businesses, present a less inviting target for leaks. It is easier to target one firm for 11 million documents than to target a thousand firms for a few hundred documents each.

This doesn’t mean everybody is protected, but it does mean that a smaller attack surface yields lower risk once potential damage has been accounted for. For a client who values attorney-client confidentiality, this is calculation which must be done.

The reasons for sticking with large firms such as depth of expertise and scale are largely mitigated by modern technology. Corporate general counsel can manage disparate teams of outside specialists using modern day practice management software. Family offices can use sophisticated and secure collaboration suites to bring together talent from different locations.

The big winner from the Panama Papers leak will be the United States. International investors will come to realize that low country risk coupled with depth and breadth of financial and legal markets are an unbeatable advantage. While the U.S. tax system is labyrinthine in its administration, once an investor is compliant with reporting requirements, they quickly discover that the U.S. is still a relatively low cost jurisdiction.

On top of the low country risk selling point, the U.S. also benefits from strong privacy laws, at least as far as reporting to non-governmental persons and foreign governments is concerned. On this point, the Internal Revenue Code is clear, “Returns and return information shall be confidential” (26 USC 6103). Anyone who has sent in a Freedom of Information Act request or litigated against the IRS can attest to the iron grip which the Service holds over taxpayer records.

In fact, the U.S. is often called the world’s largest offshore center because of these strict statutory confidentiality policies. The U.S. government itself may collect a lot of information, but they aren’t willing to share.

The evolution of the Foreign Asset Tax Compliance Act (FATCA, 26 USC 6038, et. seq.) is a case in point. Previous U.S. foreign asset information collection attempts had been limited to the Bank Secrecy Act of 1970. Enforcement of foreign money transfer reporting was inconsistent until 9/11, and enforcement of foreign bank account reporting was a don’t ask, don’t tell affair until accusations against Swiss bank UBS opened the door to greater enforcement.

The climate spawned by 9/11 and the misdeeds of Swiss banks made it possible for the IRS and Treasury to clamp down on foreign asset reporting and require unprecedented amounts of information disclosure in order to ensure U.S. taxpayers compliance with U.S. taxes. The Panama Papers aren’t a revelation in the sense that nobody knew what was going on. They are, however, groundbreaking in the sense that national tax authorities now have a specific roadmap for international assets. Get ready for a new wave of foreign asset reporting enforcement and an IRS that is much less willing to offer blanket amnesty.