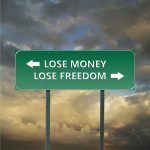 Back in April of 2016, I predicted that the Panama Papers leak would eventually lead to the U.S. Treasury Department and Internal Revenue Service (IRS) modifying the offshore disclosure programs in effect today [Fn1]. The leak from Panama Papers law firm Mossack Fonesca basically gives an offshore asset roadmap to the IRS and it is a good bet that the U.S. Government either has or will soon obtain a copy of the documents.

As most tax professionals working with international assets know, the U.S. has very harsh offshore disclosure requirements. The Foreign Bank Account Report (FBAR) requires reporting of all foreign bank accounts over $10,000 in aggregate value. FBAR requirements have existed since the 1980s. More recently, Congress implemented the Foreign Account Tax Compliance Act (FATCA) which requires a myriad of disclosures for various foreign assets. Penalties for merely failing to file can be draconian.

The IRS is tasked with enforcing FBAR and FATCA requirements. Up to this point, the IRS has offered generous programs for persons who failed to file, but now want to get up to date on their disclosures (and taxes).

The times are changing, though and more bad news for offshore leniency came this week. Bloomberg News reported on a statement made by the Deparment of Justice (DOJ) Tax Division at a tax forum last week regarding information gained from the DOJ’s settlement with Swiss banks [Fn2]:

We’re “taking all of that data and scrubbing it for leads,” Nanette Davis, a trial attorney in the Justice Department’s tax division, said at the New York University Tax Controversy Forum last week. The effort has been fruitful already, she said. With some taxpayers, “we say ‘we could indict this case tomorrow,” said Davis, who is overseeing the review.

It is a given at this point that the IRS and DOJ would review non-compliant account holders. More ominously, Davis’ statement means that the DOJ is expanding its review to persons who submitted disclosures under the streamlined offshore disclosure programs.

The main program offered by the IRS for disclosure of offshore assets is the Offshore Voluntary Disclosure Program (OVDP). Entry in to the OVDP provides the Taxpayer with protection from both civil and criminal prosecution in exchange for penalties on offshore assets starting at 27.5% and going up to 50% of maximum asset value per year of non-compliance. Needless to say, the OVDP is not an ideal program for persons whose failure to file was non-willful.

In 2014, the IRS offered two streamlined offshore disclosure programs, one for persons inside the U.S., another for U.S. persons abroad. The domestic streamlined program offered a penalty cap of 5% of the maximum asset value for one year, while the foreign program offered no penalty. The streamlined program required a certification of non-willfulness and limited the IRS from pursuing further civil penalties, however, referral for criminal prosecution remained a possibility with these programs.

One problem with the streamlined programs is that a number of applicants are willful in their failure to file and underlying evidence now supports this contention. Not only would a willful streamlined filer be potentially guilty of evading reporting laws, they may now have a perjury charge to deal with.

So what should the international tax community do now that the IRS storm clouds are coming?

First, anyone who filed non-willfulness statements under the streamlined program should have those statements reviewed by a tax attorney experienced in the streamlined and offshore disclosure programs. Catching a false statement will come out better if the Taxpayer’s counsel approaches the IRS than if the case is referred to the DOJ for prosecution.

Second, anyone who have offshore assets and did not properly report their assets need to get in to one of the IRS programs now. When offshore account data was difficult to come by, the IRS had all the reason in the world to offer generous amnesty programs. Now that a treasure trove of information has come out of the Swiss bank deferred prosecutions and even more will follow from the Panama Papers, the IRS has fewer reasons to be generous and the offshore disclosure programs might be significantly cut down within the next year.

Third, filers need to make sure they are reporting their transactions correctly. As the saying goes, an ounce of prevention is worth a pound of cure, and the same is true with tax filings. There is no substitute for getting it right the first time, every time.

Why is the DOJ taking this path?

For three main reasons. One, there is a lot of money in tax enforcement of offshore assets. The OVDP and streamlined programs have brought the IRS nearly $8 billion to date and with estimates of “hidden” offshore wealth topping out in the trillions of dollars, there is a lot more tax revenue to be gained.

Second, offshore reporting cases are easy to prosecute. The documentation already exists. Nothing has to be created. Penalties involved are statutory and unlike many criminal situations, there are few mitigating circumstances.

Third, as the U.S. is becoming an offshore center itself, enforcing reporting laws against other offshore destinations limits competition. Tax laws for non-resident bank accounts are highly favorable. Smart lawyers structure best of breed investments in the U.S. for non-residents that take advantage of favorable taxes, superior return, and political stability.

Offshoring to the U.S. is attractive to non-residents because the IRS is one of the best Federal agencies as far as keeping information secret is concerned. Witness the lack of tax return leaks (and I am sure there are many people interested in the tax return of a certain U.S. presidential candidate). The State Department had Chelsea Manning, the NSA had Edward Snowden, spies defect from foreign governments all the time, and the IRS? Nothing.

What should tax professionals do?

As international tax practitioners, what we must all be aware of is that holding offshore assets and arranging offshore transactions is perfectly legal. Where things go wrong is in non-compliance with the tax laws. An experienced practitioner providing valuable advice will structure their clients’ transaction to take advantage of any benefits offshore jurisdictions have to offer, but they will also be aware of the U.S.’s stringent reporting requirements and make sure that their clients do not end up in the coming dragnet.

At Alliance Law Firm International PLLC, we have many years of experience in the area of international taxation. This experience has saved clients billions of dollars and protected their rights under the law. This article is intended for informational purposes only and should not be used as legal advice. Contact our Firm or your tax professional to discuss your situation. You are not alone.

Previous Post: How Mossack Fonesca and the Panama Papers Will Change Wealth Management and Legal Services