Taxing Bitcoin – What to do? 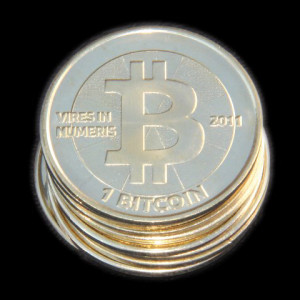 Bitcoin is a relatively new form of exchange. The cryptocurrency (a digital currency based on cryptography) was created by a person using the nom de plume of Satoshi Nakamoto. Bitcoins carry an advantage over standard currency in that they are not subject to centralized control by a government financial authority and, when used properly, they provide some measure of anonymity.

Securities (stocks and bonds) are subject to similar treatment with slightly different rates and holding requirements. In addition, other capital assets like real estate are subject to different gains tax rates. This may or may not be an advantage, depending on a taxpayer’s tax bracket and the capital asset being taxed. In our example, taxpayers with adjusted gross income (AGI) over $183,250 could see an advantage as they are in the 33% tax bracket (See the IRS Tax Tables). Tax payers in lower brackets could actually see a disadvantage.

How Bitcoin is treated by the IRS will impact the eventual profitability of investing and trading in Bitcoins. One thing Bitcoin is not: it is not a viable tax shelter or tax evasion mechanism. U.S. citizens and residents owe tax on their worldwide income. Even though Bitcoin dealers don’t ask for taxpayer identification numbers or send out 1099-Bs, Bitcoins are still taxable. Whether a dealer should send 1099s or ask for taxpayer identification numbers is something that fits under the evolving discussion of cryptocurrency regulation.

Current tax treatment of Bitcoin would consider gains on investment as part of gross income. Gross income, as defined by the tax code 26 USC §61 is “all income from whatever source derived”. Gains on Bitcoin would be reportable as part of the AGI calculation. For example, an investor buys $10,000 of Bitcoin on December 31, 2012. On December 31, 2013, they sell their Bitcoin for $100,000. That investor would include the $90,000 gain in their AGI and pay tax on the Bitcoin as ordinary income at the rate for their tax bracket.

Using Bitcoin as part of buying and selling a trade or goods is no different from using foreign currencies. Generally, a merchant can convert their Bitcoin proceeds in to Dollars as of the date of the transaction and account for revenue and expense from there. Some interesting issues appear when a gain is made on the Bitcoin itself. Additionally, there could be an argument for reporting Bitcoin transactions as barter and not actual currency.

If you are a Bitcoin dealer (a dealer is someone who would buy and sell Bitcoins in the ordinary course of business), gains would be business income and taxed at the business income tax rate or passed through to the individual, depending on the tax treatment of the business. Similarly, losses could be deductible as business expenses.

The distinction between an investor in Bitcoin and a dealer is that the dealer’s “trade or business is generally an activity carried on for a livelihood or in good faith to make a profit” (See, IRS – Business Activities). Rules regarding whether an activity is a business activity would be the same for Bitcoin as for any other business until the IRS decides on a different treatment. Contrast this with trading stocks, where the distinction between an investor and trader is codified.

One other tax issue Bitcoin investors and dealers face is how to handle foreign-based Bitcoin accounts under the Foreign Account Tax Compliance Act (FATCA). Without IRS or other guidance, there is a question as to whether a Bitcoin account would be personal property (not subject to declaration) or a financial account subject to reporting. IRS guidance does not provide a clear answer. FATCA contains severe penalties for failure to report and U.S. persons with foreign assets should consult their Lawyer or Accountant regarding compliance.

The current tax treatment of Bitcoin is straightforward, but it does not recognize Bitcoin’s role as a payment medium. Rules governing investment/trade in securities are more advantageous to the taxpayer and provide more certainty. FATCA and other tax compliance programs place a reporting burden on holders of financial assets, but absent guidance, it is not clear as to how Bitcoin falls under these regulations.

Bitcoin investors should monitor the IRS for further guidance. Investors with substantial assets in Bitcoin should also seek the advice of a qualified Lawyer or Accountant at tax time. Eventually, the treatment of cryptocurrencies will be dealt with, as the value of these currencies is now substantial, but when it will happen is anyone’s guess.

Next Post: What’s the Best Type of Corporate Form?