Foreign Account Tax Compliance Act (FATCA) is due to take a bite out of Russian investment in the U.S.

on May 6, 2014 Posted in Tax Law Wealth Management 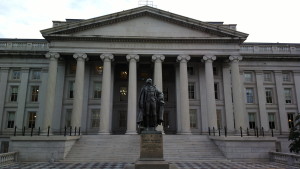 FATCA mandates that U.S. banks making payments to foreign banks that do not have a data sharing agreement with the U.S. are required to withhold 30% of the payment. The withholding requirement is, theoretically, designed to ensure compliance with U.S. taxes. A number of countries have signed on to FATCA (meaning the 30% withholding doesn’t apply to a bank in a signatory country), but with the recent political turbulence over Ukraine, an agreement with Russia is unlikely in the near future.

Private investors who use Russian financial institutions to facilitate trades also face the withholding penalty. Those private investors could later apply to the IRS for refunds, but the inconvenience would be enormous.”