Tax Implications of the Obamacare Decision in Halbig 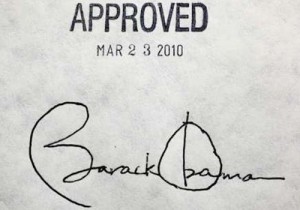 By now we have all heard about Tuesday’s court decisions regarding the subsidy issue of the Affordable Care Act (ACA, or “Obamacare”). The U.S. Court of Appeals for the D.C. Circuit ruled 2-1 in Halbig v. Burwell that the subsidies may not be paid in States where the Federal Government operates a health care Exchange. Only State Exchanges are eligible for the subsidy. 36 U.S. States would lose their subsidies under the D.C. Circuit ruling, with about 5 million people who would have to make up the difference in the subsidized portion of their insurance.
On the very same day, the U.S. Court of Appeals for the 4th Circuit ruled 3-0 that subsidies may be paid in any State, regardless of who set up or operates the Exchange. Confusion reigns supreme.

What is the decision about?

Both courts are looking at cases regarding the ACA section pertaining to federal tax subsidies for low and middle-income persons buying insurance on a health care Exchange. The exact text of the ACA reads:

“the monthly premiums for such month for 1 or more qualified health plans offered in the individual market within a State which cover the taxpayer, the taxpayer’s spouse, or any dependent (as defined in section 152) of the taxpayer and which were enrolled in through an Exchange established by the State under 1311 of the Patient Protection and Affordable Care Act”

The specific, “exchange established by the State” can mean one of two things. One, the Congress intended for premium subsidies to apply only in states which established their own healthcare exchanges. This makes some sense, as Congress wanted to incentivize states to establish their own exchanges. Not establishing an exchange and leaving it to the Federal Government meant the loss of certain funding, and premium subsidies may well have been part of the leverage held by the Federal Government.

Two, the clause is simply a case of poor drafting. This is certainly the position taken by the Internal Revenue Service (IRS) in 26 C.F.R. 1.36B-2, where it modifies the ACA to mean, “Is enrolled in one or more qualified health plans through an Exchange”. The specificity that the exchange must be created by the State disappears.

It is possible that sloppy drafting is the root cause of the issue here and the 4th Circuit agreed with this methodology. What will probably happen is that the ACA will continue as it has for the next 1-2 years, the cases will wind their way through the courts and the 4th Circuit interpretation will eventually be upheld.

In practical terms, there is no viable way to undo the subsidies in the 36 states where they may have been improperly paid. Assuming that the average exchange plan for subsidized persons costs $500 per month and each person receives an average 50% subsidy, the Government would have to collect $3,000 or more per year for past years from over 5 million people. With the IRS enforcement budget facing cuts in 2014, and given the small individual amounts involved, enforcement is unrealistic.

One other possibility is that the Government could stop paying the subsidies, making the insured liable for paying the subsidy amount to the insurance carrier. This has the effect of raising health care costs for millions of persons. It may be a viable option, but it would render much of the ACA moot, as people would leave health care plans and costs would continue to increase. In other words, if the D.C. Circuit’s ruling is upheld, the ACA is nothing more than an expensive website that doesn’t work.

For taxpayers, there is not much to do right now. The ACA continues as it has and subsidies will continue to be paid. Over the next 1-2 years, we may see some movement as the cases progress through the courts. Should the D.C. Circuit ruling that subsidies are invalid for non-State exchanges be upheld, we can expect that a number of taxpayer issues will appear. Back taxes may be owed, savings may need to be moved to pay for health care, and optimization of tax structure to lower health care costs will be a necessity.

Persons with immediate concerns regarding their taxes and the ACA should contact our firm for advice. While the recent decisions are less earth shaking than the press would lead one to believe, they are, nonetheless, important developments to watch.

Next Post: Small Business Must be Careful with Obamacare (Affordable Care Act) Plans