Failure to Report Ownership of a Foreign Business Can Incur Penalties of $10,000 and More 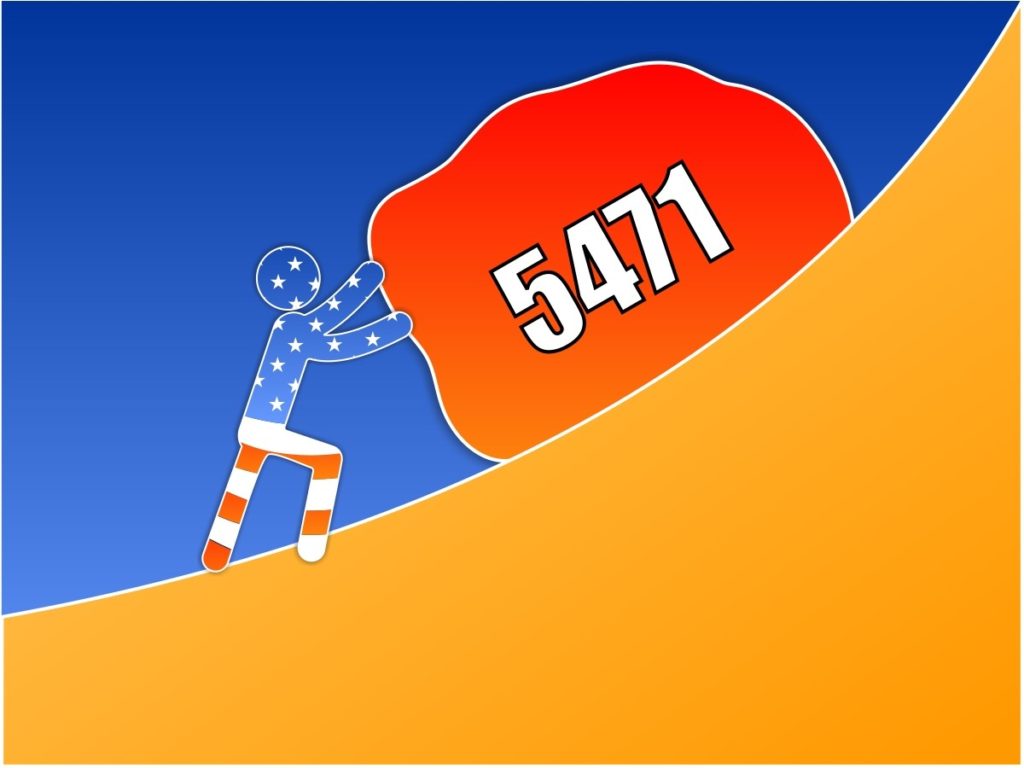 U.S. taxpayers who control foreign businesses must remain vigilant with regard to many responsibilities, including the often-overlooked duty to file informational returns. Four different kinds of taxpayers must inform the IRS of their income and expenses from their ownership of foreign businesses by filing Form 5471 with their annual 1040s. The price tag for failing to do so starts at $10,000 per year, increases $10,000 for continuing violations after 90 days, and may reduce credits for taxes paid to that foreign country. These costs can accumulate quickly, as demonstrated by the 2017 Tax Court case of Flume v. Commissioner of Internal Revenue (CIR), in which a total penalty of $110,000 was upheld.

Four Categories of U.S. Persons Who Own Foreign Companies Must File 5471

Four of the original five categories of U.S. persons (defined below) with control of foreign corporations or partnerships must file form 5471:

A category 2 Form 5471 filer is a U.S. citizen or resident who is an officer or director of a foreign corporation in which a U.S. person has acquired (in one or more transactions):

A U.S. person has acquired stock in a foreign corporation when that person has an unqualified right to receive the stock, even though the stock is not actually issued. More details about this can be found by reading C.F.R. Section 1.6046-1(f)(1).

For purposes of Categories 2 and 3, the stock ownership threshold is met if a U.S. person owns:

For purposes of Category 2, Category 3, and Category 5 a U.S. person is:

Category 3: U.S. Owner or Acquirer of 10% of Foreign Company

● A U.S. person who acquires stock which, without regard to stock already owned on the date of acquisition, meets the 10% stock ownership requirement with respect to the foreign corporation;

● A person who is treated as a U.S. shareholder under IRC Section 953(c)(special rule for certain captive insurance companies) with respect to the foreign corporation;

● Someone who becomes a U.S. person while meeting the 10% stock ownership requirement with respect to the foreign corporation; or

● A U.S. person who disposes of sufficient stock in the foreign corporation to reduce his or her interest to less than the stock ownership requirement.

Additional details and information about these sub-categories can be found in IRC Section 6046 and C.F.R. Section 1.6046-1.

Category 4: U.S. Person with Control of a Foreign Corp. for at Least 30 Days

For purposes of Category 4, a U.S. person is defined more broadly than Categories 3 and 4 because some taxpayers may elect to be treated as U.S. taxpayers under IRC Sections 6013(g) and 6013(h). For this category, It includes:

A U.S. person has control of a foreign corporation if, at any time during that person’s tax year, the corporation owns stock with:

Category 5: U.S. Owner of Stock in a Controlled Foreign Corp. for 30 Days or More

A Category 5, Form 5471 filer includes a U.S. shareholder who owns stock in a foreign corporation that is a Controlled Foreign Corporation (CFC, defined below) for an uninterrupted period of 30 days or more during any tax year of the foreign corporation, and who owned that stock on the last day of that year.

For purposes of Category 5, a U.S. shareholder is a U.S. person who:

1. The total combined voting power of all classes of its voting stock or
2. The total value of the stock of the corporation.

Edward Flume owned two real estate development and construction businesses in Mexico: Franchise Food Services of Mexico (FFM) and Belizean Wilshire Holdings, Inc. His various interests qualified him as a Category 3, 4, and 5 form 5471 filer, but he failed to file his informational returns for several years. Those mistakes cost him $110,000.

Flume served as the president of a Mexican company (FFM), which was formed in 1995 along with a 50% co-owner for the purpose of developing real estate. Thereafter, FFM was only a controlled foreign corporation (under IRC Section 957(a)) during 2001 and 2002. In February 2002, Flume sold all but 9% of his interest in FFM to an unrelated third party who had never been an officer or director of the company. The Tax Court found that Flume was a Category 5 form 5471 filer in 2001 because he owned over 50% of the stock in FFM for the entire year (over 30 days) and a Category 3 filer in 2002 because he disposed of 41% of his stock that year.

A second company, Belizean Wilshire Holdings, Inc., was formed by Mr. Flume and his wife, each owning 50% of the bearer shares of stock, to conduct international business. Each served as an officer with Flume also serving as the director. At some unknown time, the articles of incorporation were amended to show that Flume, his wife, and their daughter each owned only 9%, with a third party owning the remainder. This action was backdated, effective April 2001, yet in 2005, Flume and his wife opened a bank account in the name of Belizean Wilshire, with each as the only signatories. The original articles of incorporation, certificate of incumbency, and copies of the bearer shares were provided. The amended articles were never provided. Similarly, the company’s due diligence documents only identified Flume and his wife as owners of this bank account and Flume as the sole owner of the company. The couple directed disbursements from that account, some directly into their personal accounts.

The Tax Court found that Flume was a Category 4 and 5 filer from 2003 to 2009 despite some of his attempts to retroactively dispose of 41% of his ownership in Belizean Wilshire Holdings. Petitioner and his wife each owned 50% of this corporation before and after the purported 2005 disposition of their shares. (The IRC Section 318 constructive ownership rules treat Flume as also owning and controlling his wife’s 50% shares.)

U.S. taxpayers who fall into the four categories outlined above need to file informational returns with respect to income from their foreign business interests (form 5471). Penalties for failing to file these forms start at $10,000 a year. This may be surprising since the returns are only informational. Large ownership, control, or dispositions of those interests in foreign businesses may add to your informational reporting duties, not just your actual tax liability.