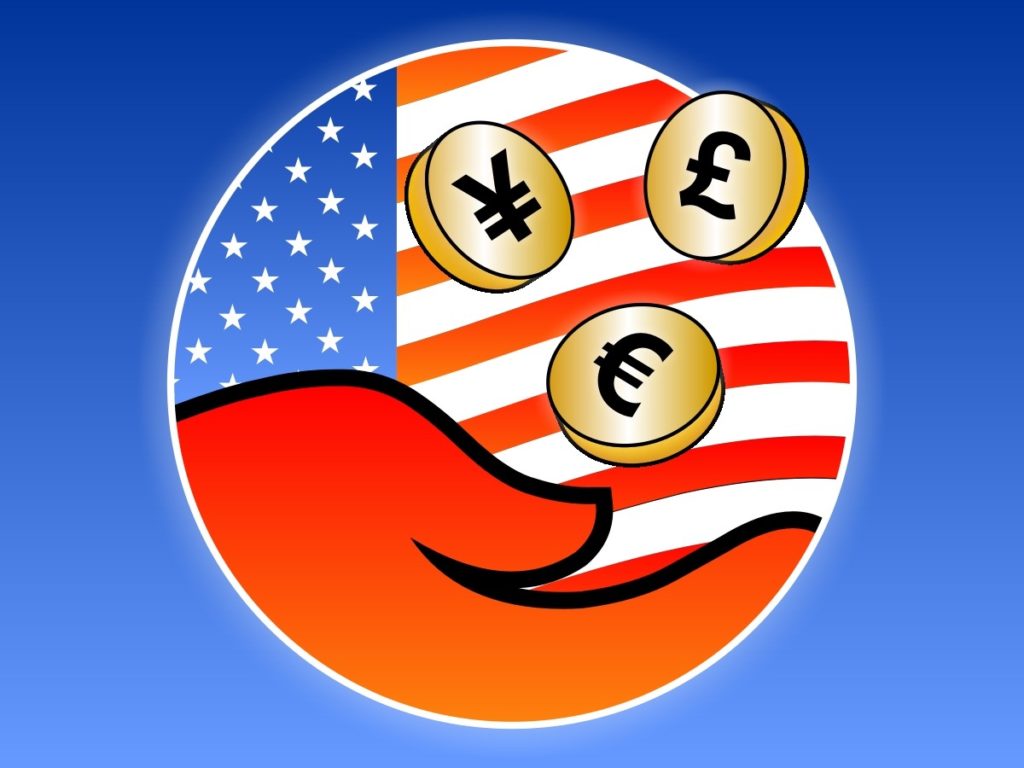 Foreign corporations with U.S.-sourced income are subject to U.S. taxes on gain earned in the ordinary course of their U.S. operations and when a U.S. office location is a material factor in the production of that gain.  In what circumstances will the Tax Court find this has occurred, and does it apply equally to all assets in a partnership when the interest in that partnership is held by a foreign corporation?

First, the partnership interest had to be allocated between the partnership assets comprised of U.S. real estate and everything that was not U.S. real property.  GMM’s ownership of U.S. real property through Premier needed to be treated differently than GMM’s ownership of other Premier assets under the applicable partnership and international tax rules because of the Foreign Investment in Real Property Tax Act (FIRPTA).  With that determined, the parties agreed that GMM’s capital gain attributable to the sale of its U.S. partnership’s real estate holdings was subject to U.S. tax.

The key controversy, however, centered upon whether the remaining $4 million attributable to the rest of Premier’s non-real estate assets (the disputed gain) would be subject to U.S. capital gains tax and how.  The court first wrestled with whether the underlying assets should be analyzed individually in an “aggregate approach” or if an “entity approach” should be taken for the analysis.  The court then examined whether the $4 million in disputed gain was “effectively connected” with the conduct of business in the U.S. under Internal Revenue Code (IRC) section 882.  The Service argued that Premier’s Pennsylvania office building created a sufficient U.S. presence.  GMM countered that the mere existence of Premier’s U.S. office was not a material factor in creating gain due to the liquidation.  Even if it was, a liquidation is not what GMM or Premier were in business to ordinarily do.

The court preferred GMM’s analysis and conclusion.  It is important to recognize that GMM’s prudent tax planning with a competent attorney and an experienced C.P.A. shielded the company from the accuracy-related penalty, failure to file penalty, and failure to pay penalty.

Foreign Corporation Redeemed its Interest in a U.S. Partnership, Some Attributable to U.S. Realty

In 2001, Grecian Magnesite Mining and Industrial Shipping Company, SA (GMM, referred to as the petitioner by the Tax Court), a Greek corporation, purchased an interest in a U.S. limited liability company now known as Premier Magnesia, LLC (Premier).   GMM is a privately owned business, principally operated out of Athens, Greece.  It was in the business of mining and producing magnesia.  Other than through its ownership interest in Premier, GMM had no office, employees, or business operation in the United States.

GMM’s interest in Premier, LLC was treated as a partnership for U.S. income tax purposes. Premier, with a Pennsylvania office, was also in the business of mining and producing magnesia.  From 2001 to 2008, income was allocated to GMM from Premier, and GMM paid U.S. income tax on it.  In 2008, GMM’s interest was redeemed by Premier, and GMM received liquidating payments.  From these, GMM realized gain totaling over $6.2 million, of which $2.2 million was deemed attributable to U.S. real property interests (and which GMM eventually conceded to the Commissioner and the Tax Court was taxable income due to FIRPTA). The remaining $4 million was not taxable U.S. income under the principles of international tax law.

Tax Professionals Earn their Value by Preparing Returns for GMM

The controversy decided by the Tax Court related to the “disputed gain” of $4 million.  GMM argued this gain was not taxable for U.S. purposes.

GMM timely filed Form 1120-F, “U.S. Income Tax Return of a Foreign Corporation,” for 2008.  Therein, GMM reported its distributive share of Premier’s income, gain, loss, deductions, and credits, but did not report any income it received from the redemption of its partnership interest (i.e., neither the $2.2 million attributable to its share of Premier’s U.S. real estate holdings nor the disputed $4 million gain from Premier’s non-U.S. real holdings).  GMM did not file a return or pay any income tax in the United States for 2009.  GMM took this position in its returns at the advice of an experienced certified public accountant (C.P.A.) who was recommended to it by GMM’s U.S. lawyer.

The Commissioner prepared a substitute for return pursuant to IRC Section 6020(b) for GMM’s 2009 year, and issued a Statutory Notice of Deficiency, determining that GMM should have recognized its gain on the redemption of its entire $6.2 million partnership interest.  The Commissioner took the position all the gain from GMM’s redemption of its partnership interest was U.S.-source income that was effectively connected with a U.S. trade or business, consistent with Revenue Ruling 91-32 and other income tax regulations.  GMM disagreed based on the language of the pertinent internal revenue statutes.

(1) if income is “received from sources within the United States” under IRC Section 881(a), and (2) if that income is

(a) “fixed or determinable annual or periodic” income (FDAP income), under Section 881(a)(1) or

(b) under Section 882 if the income of a foreign company engaged in business within the United States is “effectively connected with the conduct of” that business.

The Commissioner did not argue that the disputed gain was the kind addressed by Section 881.

The IRC Section 741 rule generally means that an entity approach applies to the treatment of partnership assets in liquidations.  But what Congress giveth, Congress taketh away.  The Foreign Investment in Real Property Tax Act (IRC Section 897(g), FIRPTA) created a special rule for the proceeds from the sale of partnership interests to the extent those can be attributed to real estate in the United States.  This applies to recipients who are nonresident aliens and foreign corporations.  The statute, which acts an exception to the general partnership tax rules, imposes an aggregation approach for Premier’s U.S. real assets.  Accordingly, the portion of GMM’s interest in Premier that could be attributed to U.S. real property had to be broken out from GMM’s overall interest in Premier.  Both GMM and the Commissioner stipulated that the $2.2 million of GMM’s interest in Premier real estate assets were taxable under FIRPTA.

FIRPTA only applies to a U.S. partnership’s real assets, located in the U.S.  No similar exception to the principles of international and partnership tax would require the court to individually analyze gain or loss for asset owned by Premier.  The court instead determined an entity approach to analyzing the $4 million disputed gain was appropriate.  Several legal reasons justified this approach, one of which calls Revenue Ruling 91-32 into question.   Also important, the IRC Section 741 language regarding gain from the disposition of a capital “asset” rather than assets.  The opinion does not elaborate on the nature of those assets. Despite details about the remaining assets, and given the very good reasons to reject the Commissioner’s proffered aggregate approach to the analysis of gain, the court analyzed GMM’s $4 million gain as an entity.  That is, the court analyzed the U.S. tax exposure of GMM’s disposition of a $4 million, non-U.S. real interest in Premier as a single, indivisible capital asset under the principles of international taxation (subchapter N).

The IRS Failed to Show the $4 Million Disputed Gain was Effectively Connected to the U.S.

GMM, Not a U.S. Resident, Earns Income from Outside the U.S. When it Sells Property

The Commissioner argued the logic of Revenue Ruling 91-32 showed GMM’s income from the liquidation of its interest in Premier’s was effectively connected to the U.S..  The Tax Court disagreed, instead applying the principles of international tax set out by Subchapter N.  No international tax statute directly addressed gain from the sale of a partnership interest, so the Tax Court treated it as personal property under Section 865(a).  That is, “income from the sale of personal property …  by a nonresident shall be sourced outside the United States.”  The Commissioner would need to show an exception to this rule for the court to conclude otherwise.

The Proffered U.S. Office Exception Did Not Apply

Attempting to find an exception to Section 865(a),the Commissioner argued that Premier had increased the value of its underlying assets and increased its overall value as a going concern by materially relying upon Premier’s Pennsylvania office during the liquidation.  IRC Section 865(e)(2)(A).  It followed, according to the Commissioner, that Premier’s U.S. offices were an essential economic element in the realization of gain from GMM’s liquidation of its partnership interests under the attribution rules.  IRC 864(c)(4) and (5); 26 C.F.R. Section 1-864-6.  So the gain from the liquidation should be subject to U.S. taxes.

GMM’s gain in the redemption of its partnership interest was realized from Premier’s regular business of mining magnesite, not from the act of liquidating its interests, even if that act occurred in the U.S.  Instead, GMM realized gain at the partner level from the distinct sale (by means of liquidation) of its partnership interest.  The Commissioner’s own regulations (income tax regulation 1.864-6(b)(2)(i)) were not availing:

The material factor test is not satisfied here because Premier’s actions to increase its overall value were not “an essential economic element in the realization of the income”, 26 C.F.R. Section 1.864-6(b)(1), that GMM received upon the sale of its interest. Increasing the value of Premier’s business as a going concern, without a subsequent sale, would not have resulted in the realization of gain by GMM.

It was not enough for GMM’s investment in Premier to have resulted in added value to the partnership, nor were the largely clerical functions of liquidation at Premier’s Pennsylvania office sufficient to find that the partnership’s U.S. office was a material factor in GMM’s gain from the redemption of its interests.  This finding alone was sufficient for the Tax Court to conclude that GMM’s $4 million disputed gain was not subject to U.S. capital gains tax.

Gain from a Liquidation of a Company Like Premier was Extraordinary

Had the court found Premier’s U.S. office was material to the gain realized when GMM redeemed its partnership interest, the Commissioner still would have had to show the disputed gain was realized in the ordinary course of Premier’s business at its U.S. office.  26 C.F.R. Section 1.864-6(b)(1).  In short, the Tax Court as not willing to find the disputed gain to have been earned in the ordinary course of business because Premier was in the business of producing and selling magnesium, not redeeming interests in itself.  The Tax Court recognized that this analysis was dicta given the inapplicability of the office exception to Section 865.

The Tax Court held that a foreign corporation is subject to U.S. tax on the redemption of portions of its interest in a U.S. partnership for which there was:

(1 ) capital gain attributable to the sale of U.S. real estate (under FIRPTA); and

(2) gain attributable to the (non-real estate) property of the U.S. partnership where

(a) the U.S. office of the U.S. partnership was a material factor in the production of gain; and

(b) the gain was realized in the ordinary course of the U.S. partnerships business.

Previous Post: How To Donate An Airplane Or Have You Got Your Contemporaneous Written Acknowledgement